Our wines listed in the Guide Hachette des Vins Sélection 2014 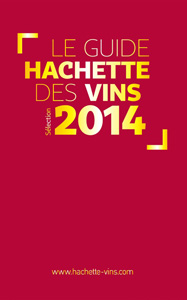 The "climat"* of Pougets, extending from the grand cru Corton-Charlemagne, covers almost 2 ha, situated at an altitude of 300 meters towards Aloxe. It's name is derived from "pouge", which comes from the Latin podium meaning "small summit". So one might say that it is in some ways the summit of the appellation. Vincent Rapet, a talented wine-producer (Grappe d’Or in 2013 for his Corton-Charlemagne 2010), posseses 50 ares (0.5 ha). He has produced a well-balanced and elegant wine with a delicate fruity bouquet, dominated by red currant - supple, fresh and slightly spicy on the palate. A Corton in finesse, which can be opened 5 years from now. Listed as well,he grand cru Rouge 2011 (3000 b.), no name of "climat"*, appears more tannic and woody.

Vincent Rapet, used to honours for his Chardonnay, might succeed in making you forget that he is also an accomplished producer of Pinot noir, as the numerous stars received in these pages bear witness of. You will not be disappointed by this 2011 Vergelesses, coming from the biggest of the 1er crus Pernand. This wine has an intense bouquet of Morello cherry enhanced by a touch of caramel, on the palate it is rich in aromas of liquorice and undergrowth, balanced off by soft tannins and a fine vivacity. A bottle with character to be kept for three to five years before enjoying. An AOC blue chip-wine, this red 1er cru Ile des Vergelesses 2011 (30 à 50 € ; 3000 b.) is mentioned for it's powerful and sustained scent of red currant and vanilla and for it's freshness and suppleness in the mouth. To be opened in two to three years.

The name of this 1er cru has been inspired by the remains of coal kilns found in the area. Situated on the limit of the Pernand commune, the south-oriented parcel is characterized by a gravelly soil with lumps of ferruginous oolites here and there. It is the latest parcel acquired by Vincent Rapet, bringing his estate to 20 ha. This renowned estate, very consistent in quality, has produced a dark ruby red 2011, opening on notes of red and black berries, with a well-balanced touch of wood. The mouth is dense and fresh, but it is rendered strict by the firm and tightly-knit tannins, suggesting that this promising but still a bit "locked-up" wine would benefit from three to five years in the cellar.

Managing with talent his 18 ha of vines in Pernand-Vergelesses in Beaune, you might say that Vincent Rapet offers the readers of the Guide a small tour of his estate each year since several of his wines are listed, often in flattering positions. The white Corton-Charlemagne is the estate's flagship. The family possesses no less than 3 ha of this grand cru. After a 2010 elected as favourite "coup de coeur", the 2011 is nevertheless of a very good standard. Of a brilliant and clear golden colour, this wine offers a floral and aromatic profile (acacia), taking from the terroir a touch of mineral and a note of wood from the cask. After a round, honeyed attack, the wine finds it's balance in a lively and toasted finish. Already harmonious, it will gain in expression during the coming years: to be kept in the cellar until 2017. Perfect with trout with almonds and lemon butter. 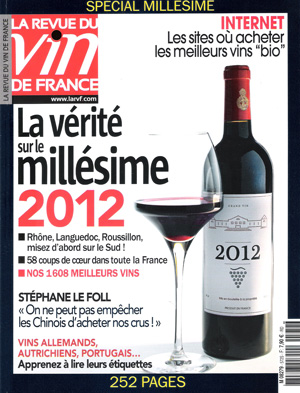 Rouge. A well structured wine on a palette of red fruit. Full on the palate with supple tannins.

Rouge. A beautiful corton, supple and voluptuous, with crunch fruit and a strong finish.

Blanc. The style is supple and elegant with delicate notes of citrus fruit. Cellaring should give it volume.

Our wines listed in the Guide Hachette des Vins Sélection 2013 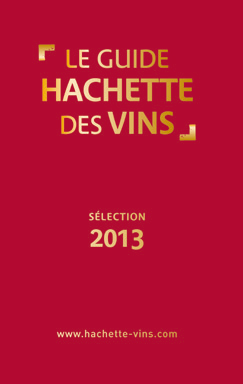 In this area, characterized by ferruginous limestone marls, Vincent Rapet cultivates not just an isolated "island" but the very heart of the Pernand-Vergelesses appellation. He has produced a very dark red, almost black, 1er cru, with a strong and warm bouquet of prunes, liquorice and vanilla. Following a fresh attack, dense matter and strong tannins are unfolded on the palate. It is still a little austere and should be left four or five years to mature. Ideal with slow-cooked meat, for example lamb having simmered for some seven hours.

As of 2010 the bottle label from this great Pernand-Vergelesses has changed, now presenting a statue of Saint Vincent, the wine-growers' patron saint. This cuvée, a blend of several localities in the commune, is a fine and worthy representative of the appellation.An intense bouquet of crisp red fruit and undergrowth is revealed behind a deep ruby red robe, enhanced by more mature notes of prune. The tannins are quite present on the palate, yet remain silky, and carry the final long-lasting impression towards flavours of liquorice. To enjoy in the coming two years with a nice cut of pan fried beef with forest mushrooms.

Charles Baudelaire wrote: «To drink wine is to drink brilliance". The brilliance of the place has inspired this great and historic estate of the Corton-Charlemagne appellation (3 hectares) to produce this very elegant 2010 vintage of a pale yellow robe with green highlights. The nose reveals delicate scents of white flowers, apricot and pineapple, enhanced by a hint of mint, which leads to a splendid presence in the mouth, fresh and round at once, emphasized by a minerality which ensures a long-lasting finish. A great wine, rich and complex, which deserves a cellaring of at least three to five years. It would go well with a risotto with scallops and truffles. 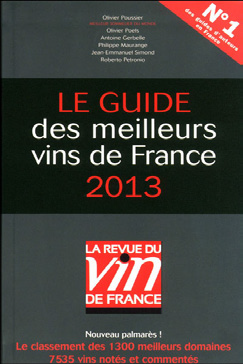 Charles Baudelaire wrote: «To drink wine is to drink brilliance". The brilliance of the place has inspired this great and historic estate of the Corton-Charlemagne appellation (3 hectares) to produce this very elegant 2010 vintage of a pale yellow robe with green highlights. The nose reveals delicate scents of white flowers, apricot and pineapple, enhanced by a hint of mint, which leads to a splendid presence in the mouth, fresh and round at once, emphasized by a minerality which ensures a long-lasting finish. A great wine, rich and complex, which deserves a cellaring of at least three to five years. It would go well with a risotto with scallops and truffles.

The wines : Both the 2010 reds and whites are a success. This type of well-balanced vintage, resulting from low yields, gives the wines a chewy character and lot's of depth. The pernand-vergelesses is a classy wine yet remaining faithful to it's terroir in the finish. The charlemagne, clear and crystalline, is sharp in it's substance without austerity: it is one of our most beautiful experiences on this terroir in 2010. The reds also have a place of honour in 2010 with a nice aloxe-corton full of finesse. The red pernand premier cru offers fruit, gourmet pleasures, and has potential for ageing well with time. With a special favourite mention of the beaune-grèves, very complete, which can be enjoyed from now. It will of course benefit even more from cellaring. The corton-pougets offer a long presence on the palate, and though the juice is not amongst the most flattering, the class and the richness of the tannins give this wine a noble character.