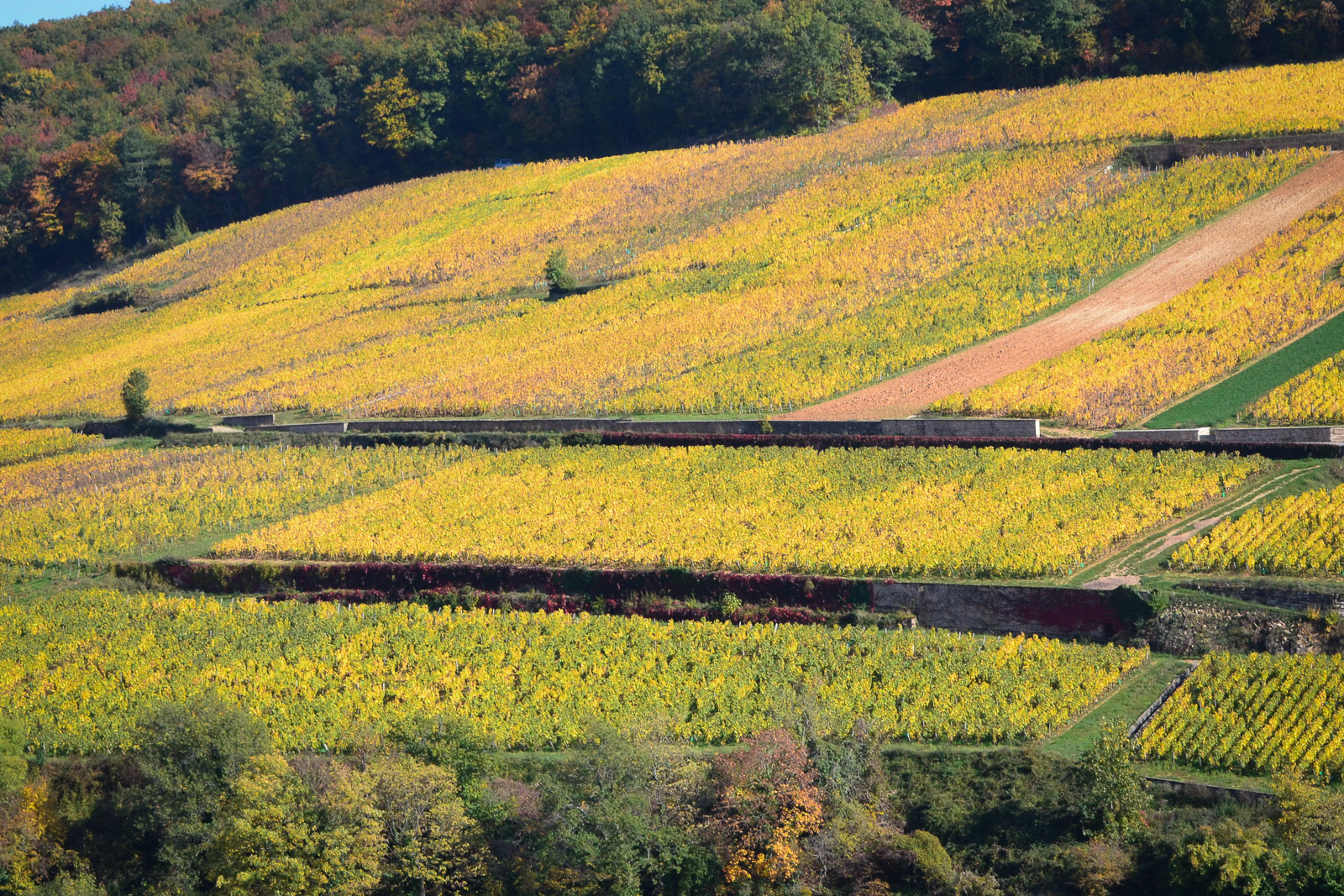 A great Burgundy white wine from the Pernand-Vergelesses and Aloxe-Corton communes. The grape variety used is Chardonnay. Our Corton Charlemagne vineyard is planted with vines of varying ages, ranging from more than 50 years to approximately 10 years old. Regular planting enables us to combine the power of the older vines with the finesse of younger plants.

The Grand Cru Corton-Charlemagne evokes history. Corton is a composite meaning "Othon's Court". In medieval Latin cortis designated the courtyard and it was used in the same way as the gallo-Roman villa, indicating a property belonging to a member of the Frankisk nobility.

Charlemagne is linked to a well-known endowment. The church in Aloxe, dedicated to Saint Médard, was placed under the patronage of the Saulieu Collegiate to which Charlemagne donated his vineyards in 775.

White wine vinification : we bring in the grapes in small crates to keep them intact. The pressing is carried out with a pneumatic press which is less damaging to the grapes. The whole grapes are placed in the press and the pressing lasts for two hours. After 24 hours' settling at low temperatures, the grape juice is transferred into barrels to ferment, the proportion of new barrels being 30%. Ageing on lees with stirring lasts until July and the wine is bottled after 12 months of ageing.

This south-west oriented Grand Cru is planted on sand and lime marl on a very steep slope. The shallow top-layer soil, composed of crumbly rock, is fairly light, poor and very stony.

The Corton-Charlemagne bear the mark of their flinty terroir, due to the geological composition of the soil. The vines are heady and full-bodied with a beautiful golden glimmer. This grand Sire only reaches his age of maturity after 5 to 10 years in the cellar, revealing an aromatic richness of honey and toasted almonds with an exquisite mineral touch. Served at 12°C, the Corton-Charlemagne beautifully accompanies foie gras, lobster, craw fish, fine fish, veal sweetbread cassolette, suprêmes de volaille with morels, and mild cheeses. The older wines can very well be served as an aperitif.